Inside: I questioned real, live minimalists to learn exactly why people become minimalists. Here is what I uncovered…

You know how you’ll hear a story about someone you know who is doing something new or different and you think to yourself, “Oh yeah, that makes total sense. She seems like the type of person that would…”

Well, that wasn’t the case for me and minimalism. Nobody in my life, including myself, saw my transition into minimalism coming. While I can certainly look back now and spot the arrows pointing me this way, I had no clue I was headed toward minimalism at the time. As I talk with others who are also living a minimalist lifestyle, I often find they’ve followed similar arrows as I did. No story is ever exactly the same but there are almost always similarities. As I reflect on my transition into minimalism I can’t help but ask myself, Why? Why did it stick for me? What got me here and how can I help others do the same?

Then it dawned me. I have such a fantastic little community at my fingertips, why not do a little research?

A couple of months ago I sent out a questionnaire to readers in search of a link, connection, or common denominator in the stories of others who also had become minimalists.

I received responses from a wide variety of people, from all walks of life and at varying places in their minimalist journeys. Some are just getting started, some have been at it for decades and others are making their way back into this lifestyle after getting off course for one reason or another.

Here are 7 reasons why people decide to ditch their excess and pursue a minimalist lifestyle.

Stress and anxiety are hands down the top reasons why people become minimalists. They recognized the role their excess stuff has played in increasing their anxiety and decided to do something about it.

There is a research study in which UCLA linked a high level of cortisol, the stress hormone, in people with a higher density of household items. The more stuff people own, the more stressed out they are.

If this sounds familiar, if clutter makes you feel overwhelmed, stressed out or anxious, you’re not alone! And it may be time for you to do something about it. 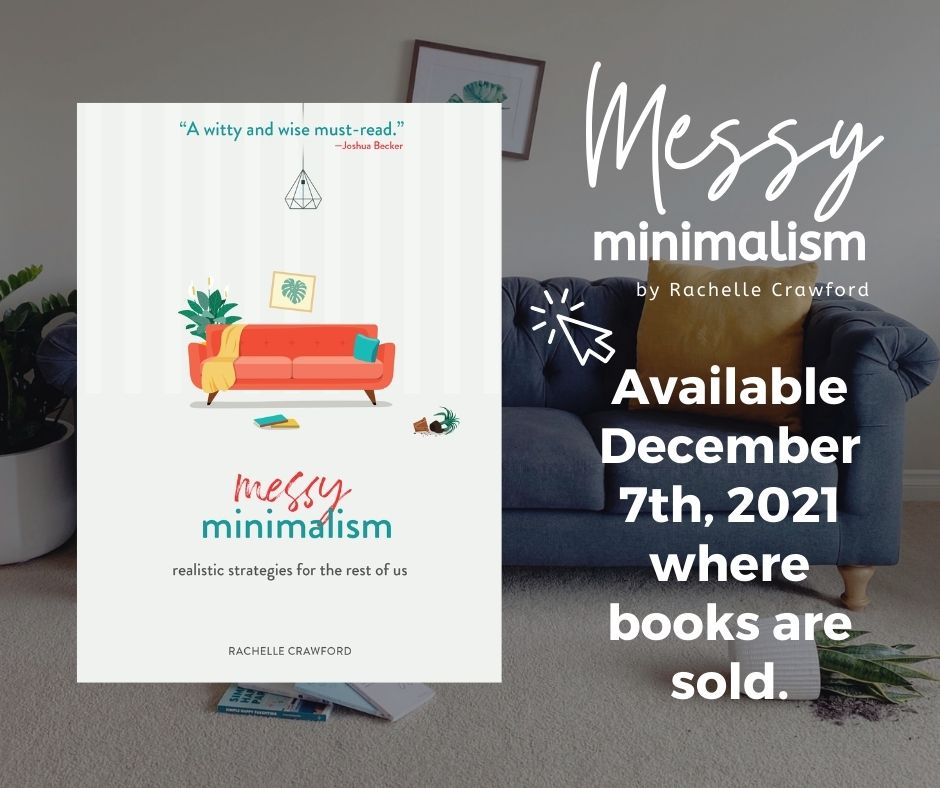 Increased stress and anxiety is what tipped the scales for me as well. I was drowning in my life, desperate for a better way. Minimalism helped clear a path so that peace could find its way into my home and heart.

“The paid-off home mortgage has taken the place of the BMW as the status symbol of choice.” – Dave Ramsey The runner up is money. People are choosing minimalism as a means for eliminating and preventing debt. One reader shared that she lives as a minimalist to pay off her debt so she can one day take a different job. One with less pay, but that she would love so much more.

Minimalism impacts the way we save and spend money. We choose improvising over accumulation, generosity over greed, quality over quantity and experiences over things, all in an effort to use our resources with greater intention.

“The cost of anything is the amount of life you exchange for it.” -Henry David Thoreau One reader responded to the questionnaire sharing that her family used to be so busy “there was no time for us to be flexible.” And another reader had this to say about his reasons for becoming a minimalist, “I found that time was flying by, but I didn’t really know what I was accomplishing.”

At its heart, minimalism is about intentionality. Time is a non renewable resource and more and more people are becoming minimalists in an effort to use it more wisely.

This means we choose to own less so we can spend less time cleaning, organizing and searching for lost items. We sign our kids up for fewer activities in order to spend more evenings in our yard as a family. We say no, even when it’s uncomfortable and fiercely guard that empty space on our calendars.

I love this response from a life long minimalist who shared, “For me, the driving factor was to buy myself more time to do the things I loved.”

What would you do with more free time?

“Be remembered for the life you lived, not the things you bought.” – Joshua Becker 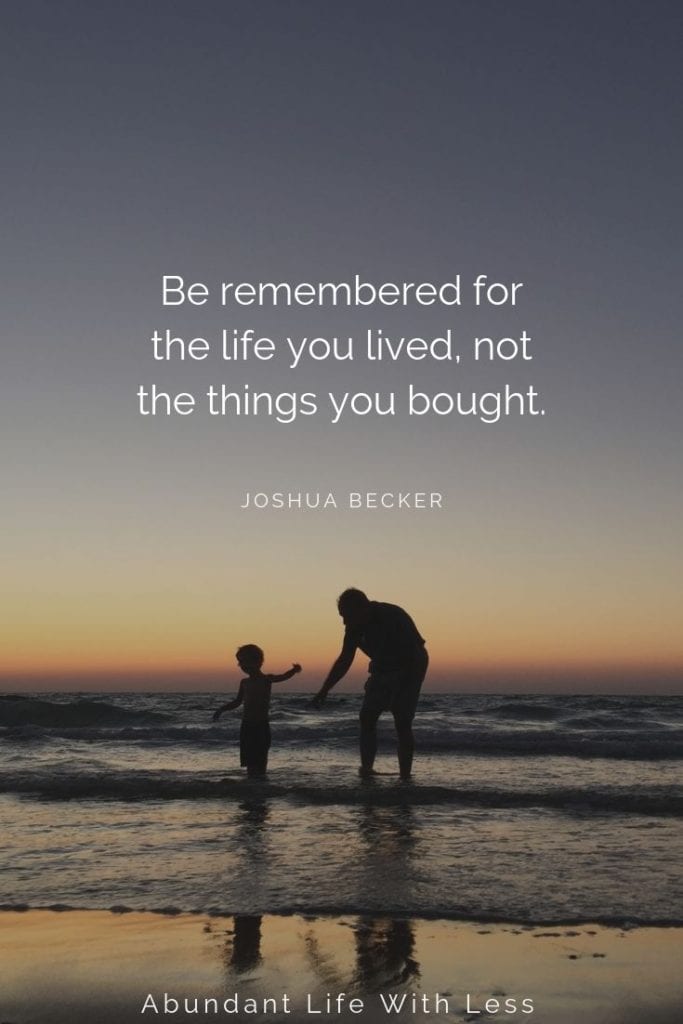 In many cases people are choosing minimalism because of their overly cluttered childhoods. They watched their parents save everything, “but then,” as one reader put it, “never have the time or space to do those things.”

Others were motivated to become minimalists after being left with a mountain of stuff to sift through after a parent or relative had passed away. Because of those experiences, they decided to declutter now, so it isn’t left to their children.

Others are making the shift into minimalism in an effort to reduce consumption and produce less waste.

While the environment wasn’t on the forefront of my mind when I went minimalist, living with less made me much more aware of the environmental impact my purchases have on the earth.

“Tell me, what is it you plan to do with your one wild and precious life?” – Mary Oliver

Many people grew sick and tired of wasting their one wild and precious life on managing and maintaining stuff.

Advertisers are working overtime to convince you that you’ll be more comfortable, confident and content with the newest this or that. But a shift has been underway for a few years and it doesn’t seem to be slowing down. People are opting to spend their money on experiences instead of stuff! In fact, a study by the Harris Group and Eventbrite found that 72% of millennials would prefer to spend their money on an experience instead of stuff! It goes on to say,

“For this group, happiness isn’t as focused on possessions or career status. Living a meaningful, happy life is about creating, sharing and capturing memories earned through experiences that span the spectrum of life’s opportunities.”

7. Raised by a Minimalist or Significant Other is Minimalist

I was so glad to see this make the list. People do in fact become minimalists because a parent our spouse has lead by example!

If you are working to unclutter your life while your significant other is seemingly working in the complete opposite direction, take heart. Consistency, patience and perseverance will likely pay off at some point.

A minimalist mother of six shared with me that she herself was raised by minimalist parents. She then chose to raise her own children in a minimalist home as well, and all six of them have since grown up to prefer things minimal and neat. After bearing witness to the benefits of less in her own kids she shared this with me.

“Your children are not deprived, but instead are learning to value what they have and as they grow and gain more responsibilities it will benefit them.” She goes on to say, “This benefits them down the road to organize a job place and dorm room which makes working and living with others easier.” If you’re overwhelmed, financially strapped, tight on time or just dissatisfied with the way in which you’re using your one wild and precious life, I’d challenge you to seriously consider minimalism.

While the reasons people decide to become minimalists vary, one thing is consistent. It’s about so much more than stuff.

Need  a Little Help Getting Decluttered? 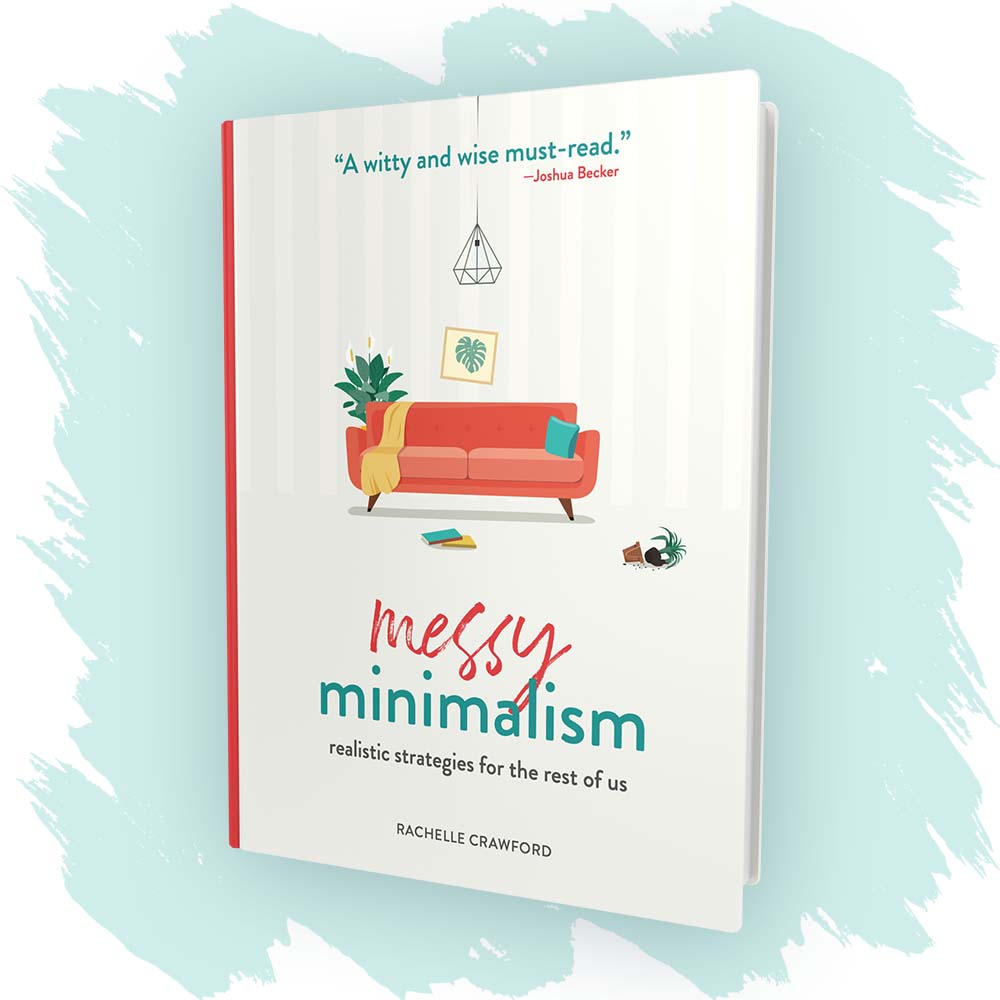