Inside: While you can’t exactly make your spouse a minimalist, here are a few strategies that worked for me, as I led my family down the minimalist path. Don’t miss #8! It’s crucial.

Living with someone who doesn’t share your desire to simplify, own less, clear the clutter and prune your calendar is frustrating to say the least. Once you realize your stuff is getting in the way of living the life you want, you can’t get rid of it fast enough. Having to navigate through that with someone who doesn’t see it the same way adds a whole new level of difficulty to an already difficult task.

If you’re ready to declutter for good, but your spouse is not on board, fear not. It’s not a deal breaker. Don’t give up and most importantly, don’t let it be an excuse to stay where you are.

It only took a handful of days for my husband to see the benefits of less stuff, and for that I am incredibly grateful. Here’s the thing though, to this day, we still come across areas we don’t agree on. I say “keep,” he says, “are you serious?” I say “pitch it” and he says, “No, I use that all the time.”

No matter where you are on your journey or how supportive your spouse may be, you will run into conflict. Count on it.

I believe there is a right way to approach these minimalist induced conflicts, both big and small. 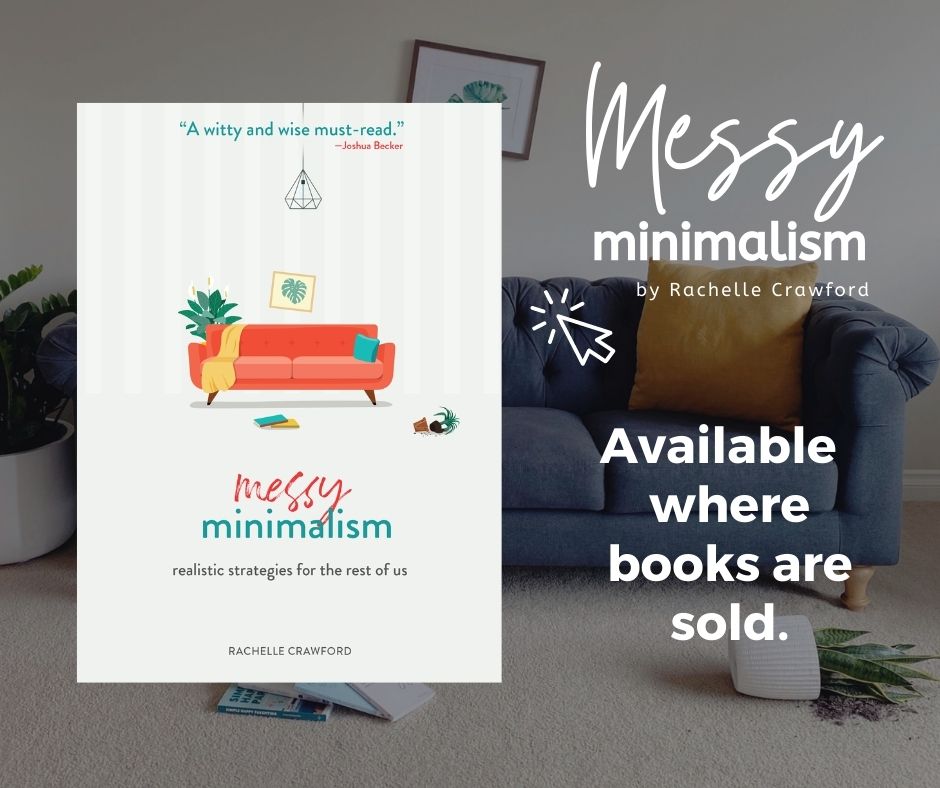 8 Strategies to Get Your Spouse on Board with Minimalism

Nothing I said made my husband to agree to become a minimalist. Literally nothing. In fact, when I first suggested it, he was at work and I was in the parking lot of our church after just hearing the four words that changed everything for me. He laughed and said, “Let’s talk about it tonight.” (Which in “husband” translates into, “Did you seriously call me at work to suggest such nonsense?“)

I didn’t beg him, nag him or manipulate him (well, maybe a little bit. I like to call it positive reinforcement, but we’ll get to that later).

You see, nobody could have ever in a million-kagillion-bazillion years have convinced me that minimalism was something for me. I thought the good life was about upgrading, improving, and hustling for more. I just needed to figure out a better way to manage and I organize it all. Getting rid of my excess stuff never crossed my mind.

I needed to first have my own ah-ha moment.

When it comes to getting our significant others on board with minimalism, it’s not what we say, but rather what we do that has the biggest influence.

This is the most important first step. Beginning with your spouse’s stuff just isn’t an option if you hope to one day make them a minimalist convert. I know, I know, their stuff probably seems like the bigger problem. Isn’t that always the case? However, starting there will only push them away further.

Let your actions speak for themselves. My decluttered closet eventually inspired my husband to dive into his. In less than a week, he rid his closet of even more than I did.

3. Change the Way You Spend Money

My husband is a frugal, frugal man. I decluttered my stuff like a maniac as he looked on in shock. One of the first questions he asked me was, “Yeah, but are you going to have to buy new shoes to replace all of the ones you’re getting rid of?”

I can’t blame him. It was a valid question from a man who once bought a suit on Groupon. Yes, you read that right. Grroouupon!!

At first he was afraid my decluttering would only lead to more spending.

This frugal man of mine needed to see me change the way I spent money, and that’s exactly what I did. Down to the most basic essentials in our home. I started saving more than ever and budgeting Dave Ramsey style.

Maybe your home is different. Maybe you are actually the saver, and spending any amount of money requires next level negotiating skills by your S.O. If that’s the case, I suggest you change the way you spend money too, by actually spending money. Hear me out.

Incentivize your spender to own less and spend less by working together to come up with a goal you can both aim for. Show them you’re willing to invest in quality if you begin to eliminate the quantity. Be willing to spend money on an experience or a big-ticket item in exchange for eliminating the clutter. Budget together to make purchases with greater intention.

4. Let the Decluttering Change Your Attitude.

Don’t become a drag! If all they get from the new-and-improved-minimalist-you is lots of nagging, they certainly aren’t going to look upon this lifestyle favorably.

Let this life of less do what it does. Enjoy the benefits in the areas of your home you have control over. Then let those benefits positively impact your demeanor as well as your relationship.

What do you call a person who sneaks around a home and removes stuff that isn’t theirs? A thief! You can’t force your spouse to get rid of their stuff and you certainly shouldn’t trash it on their behalf.

It’s theirs. Leave it alone.

Patience is your best friend. Play the long game.

Together, decide on an area where they can let their hoarder out. No, not the attic or the shed. I’m talking a real spot in the home. Maybe it’s a bedroom, a closet, or a even a living room full of sentimental knick-knacks.

Work together to designate a space for their stuff and a space for your minimalism. The obvious contrast may just become the inspiration they need. Again, patience is your friend here.

7. Positively Reinforce All Steps in the Right Direction.

This is what I was referring to earlier when I mentioned manipulation. It’s more a Pavlov’s dog situation, than it is manipulation. At least that’s what I tell myself.

All forward progress is progress. No matter how small. Positively reinforce each move in the right direction.

Make sure they know how much you appreciate any steps taken toward a clutter free home. Remember, it’s harder for some people to let go than it is others. Offer them grace and encouragement to keep going.

8. Love your People First and Foremost!

This is the most important point I hope you take away from these actionable steps. Living with less just isn’t worth it if it wreaks havoc in your home. “Love people and use things- because the opposite never works.” -The Minimalists

When we put the idea of living with less stuff above our people, we’ll find ourselves still being held hostage by our stuff.

Becoming minimalist does not take priority over loving your people. Unclutter the areas you have control over and let go of the rest.

People over things, every time. Even when it’s fewer things you’re after.